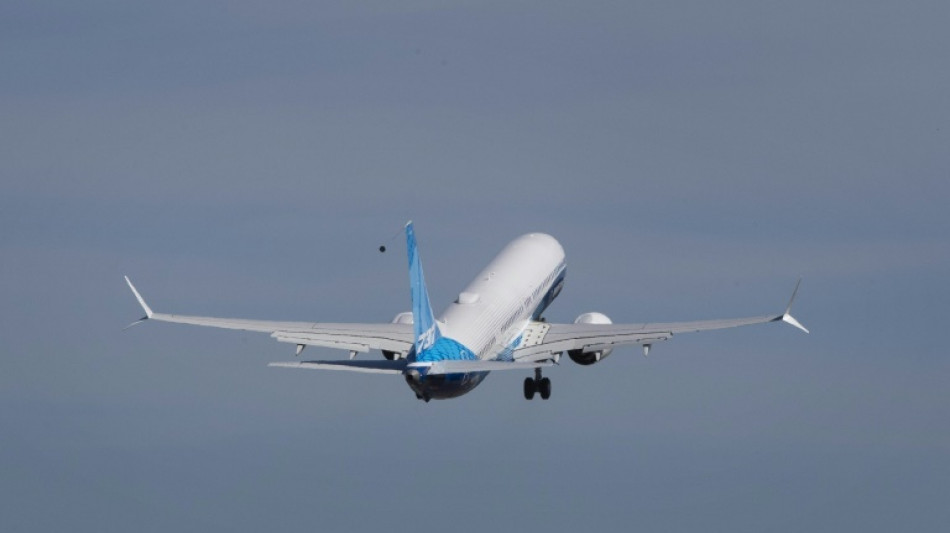 Aviation's biggest players descend on the renowned Farnborough airshow next week, buoyed by the travel sector's nascent recovery from the Covid pandemic and as Russia's invasion of Ukraine boosts defence spending.

Farnborough, southwest of London and one of the largest civilian and defence shows alongside Dubai and Paris, is abuzz with anticipation as the aerospace sector fires up its engines for the first time since being ravaged by the pandemic.

At the same time, however, the industry faces headwinds from rocketing inflation fuelled by historically high energy prices and higher wages, while staff shortages constrain airports.

At Farnborough, US titan Boeing and its European arch-rival Airbus will take to the skies to show off their latest hi-tech wares -- and engage in their traditional dogfight for multi-billion-dollar jet orders.

"This is the first major global airshow for three years since Paris 2019 and therefore there is definitely a bigger excitement and buzz than I have seen before about Farnborough," airshow chief executive Gareth Rogers told AFP.

"People are excited to be coming back together and really looking forward to seeing each other. I think it's going to be a bit of a celebration."

Civil aerospace has been energised this year by the return of international travel after the lifting of Covid restrictions.

Farnborough was axed in 2020 owing to the deadly coronavirus pandemic and was last held in 2018.

An estimated 80,000 trade visitors will flock to the five-day event, which kicks off Monday and opens to the public Friday.

The show will this year zero in also on green themes of decarbonisation and sustainability, as the sector eyes future electric and hydrogen-fuelled flight.

Farnborough visitors will be thrilled by dizzying air displays by Britain's Red Arrows -- and also by South Korea's Black Eagles.

Other eye-catching aircraft taking to the skies include the US-made F-35 stealth fighter jet and Turkish drones, while Boeing's pilotless electric air taxi will make its European debut.

Airbus and Boeing will meanwhile showcase their latest twin-aisle passenger aircraft, the A350-900 and the 777X.

A year after the last Farnborough airshow in 2018, Airbus canned production of its A380 superjumbo owing to collapsing demand for the double-decker jet.

The planemaker nevertheless forecasts the number of global aircraft will double over the next 20 years on a post-Covid travel boom and increasing demand for fuel-efficient jets.

Boeing, which will release its outlook at Farnborough, is seeking to revive the fortunes of its crisis-hit MAX jet after two deadly crashes in 2018 and 2019.

Russia's assault on Ukraine has thrown the spotlight on defence aerospace, as governments worldwide seek to bolster capability of their armed forces.

Companies from Russia have been banned from Farnborough owing to the conflict.

"The war in Ukraine -- it's brought defence into sharp focus," said Rogers, noting however that defence deals were not usually unveiled at the show, unlike big commercial agreements.

"Anecdotally we are certainly seeing a greater interest in the defence element of the show -- it is becoming a wider and larger part of this event," he added.

Rogers lamented that the civil aviation's recovery was being hampered by forces outside of its control.

"I definitely feel the recovery is underway," added Rogers.

"The issue is how quickly can it go, and I think the staffing and workforce restraints are probably slowing that down more than the industry would like."

Airlines have also been suffering strike action, as workers seek higher pay in the face of soaring inflation.

Global air transport is on course to return to profit in 2023 after two pandemic-battered years, the International Air Transport Association predicts.

The sector was sent reeling by the pandemic, with passenger numbers plunging more than half.

Airlines lost nearly $200 billion over two years, according to IATA estimates, forcing them to slash thousands of jobs.