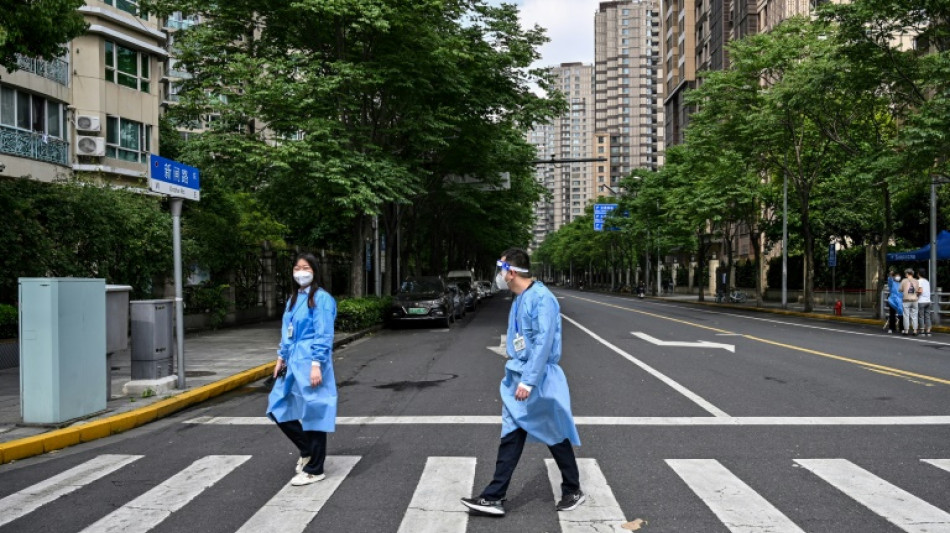 Stocks rose Friday after the latest data showed that US consumers continue to spend more in the latest signal of the strength of the economy despite high inflation and rising interest rates.

Better-than-expected results from Citigroup also helped allay somewhat concerns about what waits in store for investors as companies begin to report their next quarterly results.

The euro held above $1.00, having sunk below parity this week on fears Russia would cut off Europe's gas supplies in retaliation for Ukraine war sanctions, pushing the region into recession.

Oil prices rebounded having slumped Thursday on renewed fears of a global recession that would dent demand for energy.

While not adjusted for inflation, sales were still up 0.7 percent even when gasoline was removed from the calculation, according to the Commerce Department data.

"The key takeaway from the report is that it was strong enough to keep concerns about weakening consumer spending at bay for the time being," said analysts at Briefing.com.

Markets took a major knock this week from news that US inflation zoomed to a 40-year high of 9.1 percent in June on energy costs.

After rate hikes by several countries this week, investors now expect the Federal Reserve to lift rates later this month by 75 basis points as officials battle decades-high inflation, though some observers suggest a one-percentage-point move could even be on the cards.

While experts warn that raising US rates risks hammering the economy, the Fed has made it clear the number-one priority is bringing down prices.

The retail sales figures join other data showing that the US economy is holding up relatively well so far despite high inflation and rising interest rates.

Those compounded worries that company profits would be hit by the fallout from a number of issues including rocketing consumer prices, monetary policy tightening and the war in Ukraine.

The reading was well off the 1.6-percent growth predicted by analysts in an AFP survey.

Elsewhere, traders are keeping tabs on US President Joe Biden's visit to the Middle East as he tries to persuade Saudi Arabia to bring down high oil prices by pumping more crude.