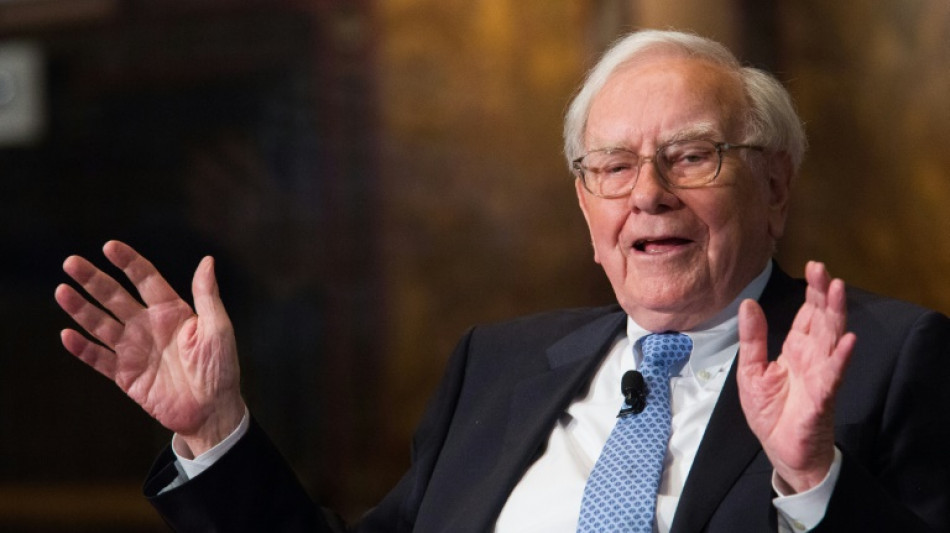 Shares in Taiwan's TSMC soared on Tuesday after Warren Buffett's Berkshire Hathaway confirmed it had taken a close to $5 billion stake in a major boost of confidence for the semiconductor giant.

Taiwan Semiconductor Manufacturing Company operates the world's largest silicon wafer factories and produces some of the most advanced microchips used in everything from smartphones and cars to missiles.

The company's shares and profits soared for the first two years of the coronavirus pandemic during a global shortage of semiconductors.

That climb came to an end this year as demand was clipped and the prospect of a global downturn loomed with the firm's shares down 24 percent since January 1 and some US$230 billion wiped from its valuation.

But that rout turned a corner in the past week with a sudden surge of investor buying and in Tuesday morning trade the company was up nearly eight percent.

That came after Buffet's Hathaway confirmed in a filing it had acquired about 60 million American Depository Receipts in TSMC in the three months ended September.

Billionaire finance guru Buffett is one of the world's most successful investors and has a long track record of making savvy, lucrative bets.

In October TSMC announced plans to slash expenditure by around 10 percent in the latest sign from a major global chipmaker that they are expecting the global downturn to deepen.

But the company remains in the fortunate position of making some of the world's most advanced chips, with key clients including Apple, Nvidia and Qualcomm.

The company reported forecast-beating results in the third quarter with a net income of TW$280.9 billion ($8.8 billion).