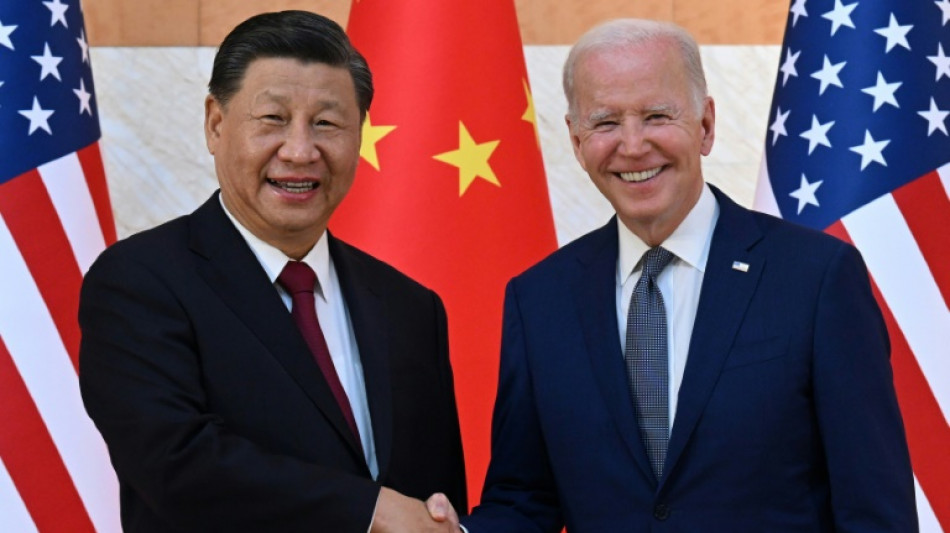 European and Asian stock markets were mixed Tuesday following losses on Wall Street and as China moves to shore up its economy.

A largely positive meeting between US President Joe Biden and his Chinese counterpart Xi Jinping indicated an easing of tensions and helped sentiment.

However, there remains a lot of trepidation that central bank interest rate hikes aimed at taming inflation will eventually send economies into a recession.

The US is still expected to carry on hiking interest rates, but cooling inflation in the world's biggest economy means the Federal Reserve is set to pull back on aggressive tightening, weighing on the dollar.

Vice Fed chair Lael Brainard said that while it would probably be right to slow down the rate hikes, "we have additional work to do both on raising rates and sustaining restraint to bring inflation down".

There was more unrest in the tech sector, with Amazon preparing to lay off as many as 10,000 employees, The New York Times reported on Monday.

Asian traders were a little more upbeat, cheered by China's move to ease some of its strict Covid-19 restrictions and provide much-needed support to its beleaguered property sector.

Optimism for a thawing in relations between Washington and Beijing was boosted after Biden and Xi's extended talks on the sidelines of the G20 summit in Indonesia.

While there remain differences on hot-potato issues such as Taiwan, the two did find common ground on the Ukraine conflict, climate and the need to avoid another Cold War.

After the talks, Chinese foreign minister Wang Yi described it as a "new starting point", adding that Beijing hoped "to stop the tumbling of bilateral ties and to stabilise the relationship".

After a painful year for markets across the planet, dealers are hopeful that there is finally light at the end of the tunnel.

"It's certainly a time to be thinking about a recovery regime unfolding for markets," said Kristina Hooper of Invesco.

"But it's going to take a little time before we know if this really is something of a turning point for inflation and the Fed can be a lot more comfortable about hastening the end of tightening," she told Bloomberg Radio.