US retail sales bounce in October on auto and gas 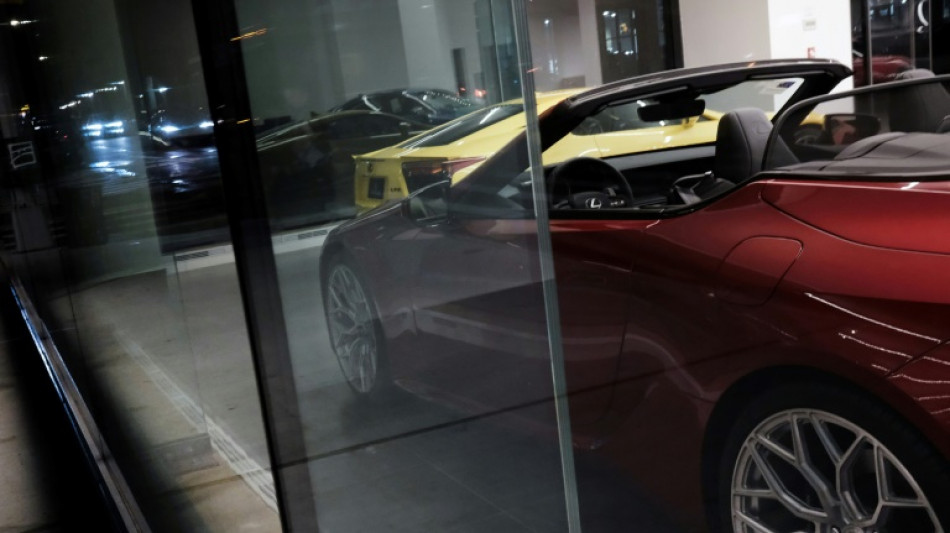 US retail sales bounce in October on auto and gas / Foto: © AFP

US retail sales jumped more than expected in October, bumped up by higher gas prices and auto sales while pointing to resilience in spending in the face of price pressures, according to government data released Wednesday.

The uptick came after sales flatlined the month before, as American consumers grappled with surging costs that have made everything from groceries to clothing more expensive.

Faced with decades-high inflation levels, the US Federal Reserve has rapidly raised its benchmark lending rate this year, including four consecutive super-sized hikes, even at the risk of tipping the world's biggest economy into recession.

But retail sales in October picked up 1.3 percent from September to $694.5 billion, the Commerce Department reported.

This was driven by a 1.5 percent uptick in autos, as well as a 4.1 percent jump in sales at gasoline stations as fuel prices edged up.

Prices at the gas pump surged after Russia's invasion of Ukraine this year, although they have eased from a record high and drifted lower in recent weeks.

Sales at restaurants and bars remained resilient too in October, rising 1.6 percent from the month prior, the report showed.

The data are seasonally adjusted but do not take into account changes in prices, so as costs rise, a shopping dollar does not stretch as far and American families have had to use more of their earnings on staple goods and seek out bargains.

Overall, retail sales were 8.3 percent higher than in the same month of last year.

Despite signs of trouble in the tech industry, including layoffs and ecommerce giant Amazon, sales at online retailers increased 1.2 percent last month.

Apart from rising prices, "people have chosen to draw down on savings accumulated during the pandemic to maintain consumption, despite significant pressure on real incomes," said Ian Shepherdson of Pantheon Macroeconomics in a recent analysis ahead of the report.

He expects the process can "continue for some time yet" as excess personal savings from the Covid-19 period still stood at $1.3 trillion in September.

"Whether people are willing to run down savings further, however, is less clear," he said.