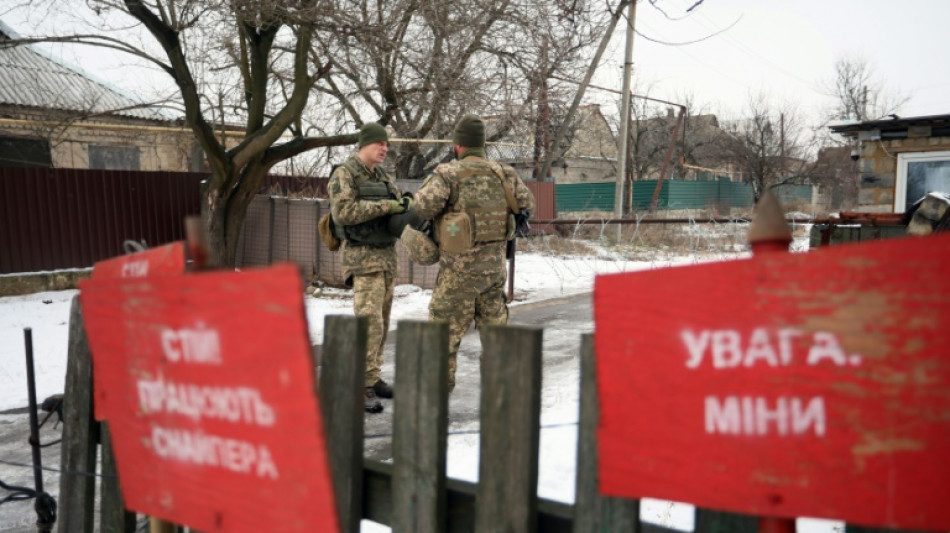 Russia's use of newly-produced landmines in Ukraine poses the greatest challenge to a landmark global ban treaty forged 25 years ago, a monitor said Thursday.

Moscow has developed new anti-personnel mines and used ones made as recently as 2021 in Ukraine, the Landmine Monitor said.

It said the use of landmines by Russia -- and by Myanmar -- marred the 25th anniversary of the Mine Ban Treaty, a pioneering accord struck in Ottawa in 1997.

The monitor's annual report identified 277 civilian casualties of mines and explosives in Ukraine in the first nine months of 2022 -- a near fivefold rise on the 58 in 2021.

"At least seven types of antipersonnel mines have been used by Russian forces in Ukraine since Russia invaded the country on February 24," it said.

The monitor said it had confirmed evidence that Russian troops had planted "victim-activated booby-traps and improvised explosive devices in Ukraine... prior to retreating and abandoning their positions".

"Scatterable mines" appear to have been used in several regions, many of which were under Russian control, it said.

"The greatest challenge to the emerging norm against these weapons can be seen in new use," it said.

"Landmines continue to kill and injure civilians, destroy livelihoods, deny land use, and disrupt access to essential services in more than 60 countries and territories."

A total of 164 countries are bound by the ban treaty and have jointly destroyed more than 55 million stockpiled anti-personnel mines.

Russia is not a signatory to the Mine Ban Treaty, while Ukraine is.

"Casualties from landmines and ERW (explosive remnants of war) have been disturbingly high for the past seven years," the report said.

"This trend is largely the result of increased conflict and contamination by improvised mines observed since 2015."

Syria witnessed the highest number of casualties in 2021 for the second straight year at 1,227.

It was closely followed at 1,074 by Afghanistan, which has had more than 1,000 annual casualties for over a decade.

Where the age, combat status and gender of victims were known, 76 percent of casualties were civilians -- of whom half were children. Males made up 81 percent of the victims.

Besides their use by the armed forces of Russia and Myanmar, landmines were deployed in 2021 by non-state armed groups in the Central African Republic, Colombia, the Democratic Republic of Congo, India and Myanmar.

This is one fewer than last year, following a US decision to prohibit their development, production, and acquisition.

Russia has the largest stockpile at 26.5 million, followed by fellow treaty non-signatories Pakistan with an estimated six million, India, China, and the United States, which has three million.

Nearly 133 square kilometres (51 square miles) of land were cleared of landmines last year -- more than half of which were in Cambodia and Croatia.

Over 117,000 anti-personnel mines were destroyed, the report said.

But at least 60 territories are still riddled with anti-personnel mines, with only Sri Lanka and Zimbabwe currently seeming on target to meet clearance deadlines.

Assistance for victims was also inadequate, the report said.

"In 2021, healthcare and rehabilitation activities remained under-funded and faced increasing and numerous challenges," it said, adding that global support for demining decreased by seven percent to $598.9 million in 2021.

The 24th annual report was produced by the Landmine and Cluster Munition Monitor, the research and monitoring arm of the International Campaign to Ban Landmines and the Cluster Munition Coalition NGOs.