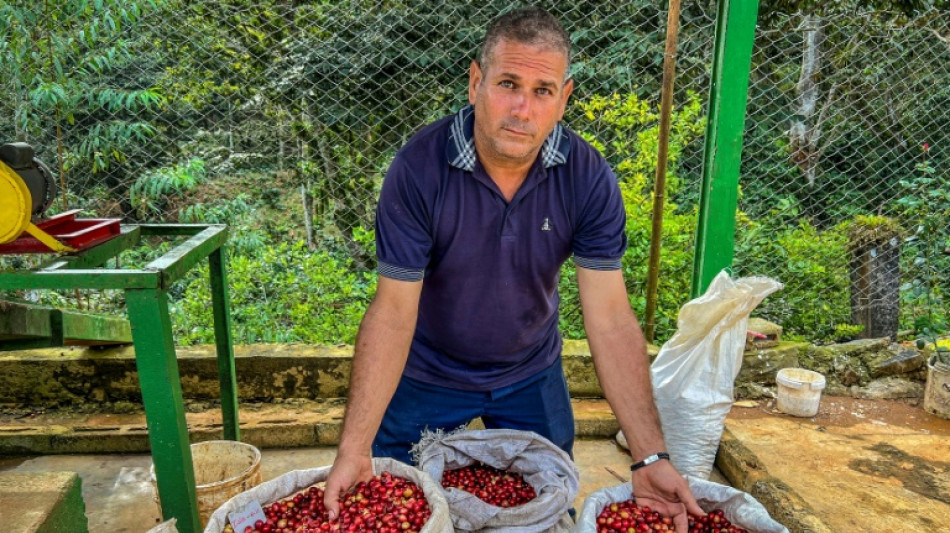 In the lush, fertile mountains of Cuba, farmer Jesus Chaviano dreams of adding his arabica beans to a list of specialty coffees the country hopes will lift an industry in decline.

It's harvest time on Chaviano's eight-hectare (20-acre) plantation in the central Guamuaya mountain range, and his 42,000 coffee plants burst with ripe reddish fruit in the shadow of avocado and banana trees.

At 800 meters (2,600 feet) altitude, conditions are ideal for the eight varieties of high-quality arabica coffee beans he planted with his "own hands."

While Cuba has been growing coffee for almost 300 years, it has never produced the specialty coffees beloved worldwide for their unique flavor profiles that come from careful cultivation in a specific terroir.

In the past two decades, the appeal of high-end coffee has soared, and so has its price on the international market.

"I think that needs to be the path we take: going after specialty coffees. Not large quantities... small batches that we can sell well," said Chaviano, 46.

As the island catches on to the appeal of high-end coffee, the first five specialty coffees will be unveiled in December at the first-ever Cuba-Cafe producers fair, which is being held in the eastern city of Santiago de Cuba.

The name and origins of the chosen coffees are being kept secret.

"We are taking the first concrete steps to add value to this coffee," said Ramon Ramos, the scientific director of Cuba's National Institute for Agroforestry Research. He added that "with the same production, the same yield, it will be sold at a much higher price."

According to the Specialty Coffee Association (SCA) a coffee must score above 80 points on a 100-point scale to reach the required standard, after being evaluated by "a certified coffee taster."

The final score will influence the price at which it is sold.

"It's the future," says Chaviano, who built his house in the middle of his plantation, in the style of the French colonists who fled Haiti in the 18th century and brought the culture of coffee cultivation to Cuba.

According to official figures, only 1,365 tonnes were exported.

In Cuba, the emigration of plantation workers has also impacted the industry.

"Why did the country once produce a lot of coffee, but now it can't produce coffee?" asked Chaviano.

"I'm focused on doing it right and demonstrating that it's possible to produce coffee, and quality coffee," but "you have to put your heart into it," he added.

In 2021, his yield was one tonne of coffee per hectare, four times the national average.

Some 25 kilometers from his farm, researchers at the Jibacoa Agroforestry Research Station, have been tasked with training and providing technology to producers to improve their yields.

To achieve this, the aim is to recover some plantations in areas affected by climate change, by planting more resistant varieties of coffee. Sanchez also wants to prioritize the growth of "high-quality arabica" in mountainous areas.

Chaviano is optimistic that one day his coffee will be one of the feted specialty brands being exported from Cuba.