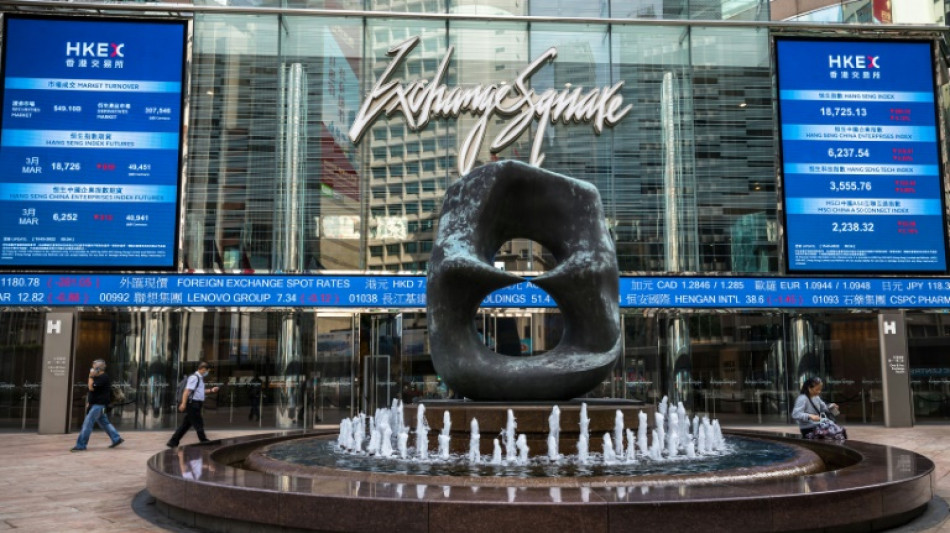 Asian markets edged up Friday, though caution permeated trading floors as investors tried to gauge the outlook for Federal Reserve monetary policy after several officials tried to temper optimism over signs that inflation is slowing.

While the week has been broadly positive for equities following softer-than-expected US consumer and wholesale price figures, a strong reading on retail sales and jobless claims showed plenty of resilience to higher interest rates.

With that in mind, St Louis Fed President James Bullard warned more hikes were needed to bring inflation down from four-decade highs, adding that they might need to go as high as seven percent.

That was followed by Minneapolis Fed boss Neel Kaskari saying he had not witnessed much evidence that underlying demand was cooling and did not want to forecast when the tightening would end.

The comments followed a similar message put out by other policymakers, who have sought to calm markets, which soared in the wake of last Thursday's consumer prices reading.

They also fuelled fears among traders that the sharp tightening campaign -- including four straight bumper 0.75 point increases in a row -- will tip the world's top economy into recession

On Wednesday, Kansas City Fed chief Esther George said it was unclear how the bank can douse inflation "without having some real slowing" or even a contraction.

Still, Hong Kong led gains across much of Asia thanks to rally in tech firms, and after China indicated it will ease back on some of its strict Covid restrictions and help the troubled property sector.

While most of Asia rose, there was a fear that the recent rally may have run a little ahead of itself.

"The market believes that inflation is on the downtrend. We also believe that, but the fact of inflation having peaked is not a reason for the Fed to turn and cut rates," Paul Christopher, at Wells Fargo Investment Institute, told Bloomberg Radio.

"That's the fundamental disconnect that still exists between the Fed and the market."

And SPI Asset Management's Stephen Innes added: "Things can turn on a dime, primarily when the fear of missing (out) drives sentiment.

"However, the odds of a pre-Thanksgiving rally are giving way to the hawkish Fed drumbeat and pushback on China reopening plays."

The pound clawed back some of its losses suffered Thursday after Britain unveiled a budget filled with 55 billion pounds ($65 billion) of tax hikes and spending cuts that traders fear will deepen a cost-of-living crisis and a recession that could last two years.