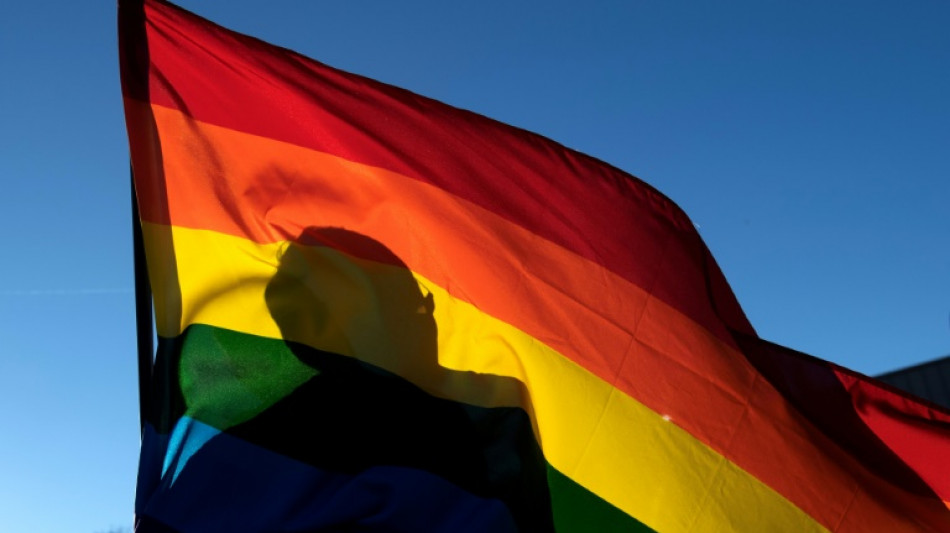 The mayor of Colorado Springs said Monday that an attack by a lone gunman on an LGBTQ nightclub in the western US city that left five people dead and up to 30 injured had "the trappings of a hate crime."

Police have identified the suspect in the Saturday night shooting at Club Q as Anderson Lee Aldrich, but have not yet divulged a motive for the attack.

The 22-year-old Aldrich, who was armed with a rifle and a handgun, was subdued by patrons at the club and taken into custody by police.

"The motive is still under investigation," Colorado Springs Mayor John Suthers told NBC's Today show. "But it certainly has the trappings of a hate crime."

GLAAD, an LGBTQ advocacy organization, noted that the shooting came on the eve of the Transgender Day of Remembrance, which honors victims of transphobic attacks, and amid an uptick in hostility against the LGBTQ community in the United States.

"You can draw a straight line from the false and vile rhetoric about LGBTQ people spread by extremists and amplified across social media, to the nearly 300 anti-LGBTQ bills introduced this year, to the dozens of attacks on our community like this one," GLAAD president Sarah Kate Ellis said in a statement.

"When politicians and pundits keep perpetuating tropes, insults, and misinformation about the trans and LGBTQ+ community, this is a result," Titone tweeted.

The attack was the deadliest on the LGBTQ community in the United States since a mass shooting at a nightclub in Orlando, Florida, in 2016 that claimed 49 lives.

Colorado authorities said it had not yet been officially classified as a hate crime but first-degree murder charges were certain to be filed.

Transgender rights were a hot-button issue in the United States leading up to midterm elections earlier this month, with Republicans putting forward a slew of legislative proposals to restrict them.

Suthers, the mayor, said the gunman was overpowered in an "incredible act of heroism" by patrons of the club.

"Two, but primarily one as I understand it, are able to take a handgun that he's got in his possession, take it away from him and use that weapon, not by shooting it, but by hitting him and disabling him," he said.

"That act probably saved a lot of lives, there's no question about that."

Colorado Springs police chief Adrian Vasquez said Monday that the attack, which occurred shortly before midnight on Saturday, left five people dead and up to 30 injured.

"Injuries could range from being shot to maybe falling when trying to get out of the building," Vasquez told CNN.

He said the suspect, who was armed with an "AR-style" rifle and a handgun, was currently in hospital and has declined to speak to to investigators.

Vasquez said police were scouring his social media to determine if "this was a bias-motivated crime."

He said he expected charges to be filed later Monday.

The police chief also condemned what he called an "evil act" and pledged to do everything he can to make the community in Colorado Springs feel safe again.

According to police, the suspect entered the club and immediately began shooting.

Police arrived within four minutes of receiving a call about an active shooting.

Bartender Michael Anderson praised the patrons who overpowered the gunman.

"There were some very brave people beating him and kicking him, stopping him from causing more damage," he said. "They saved my life last night."

Joshua Thurman was also in the club that night.

"It was so scary," Thurman told reporters. "There were bodies on the floor. There was shattered glass, broken cups, people crying.

"We must drive out the inequities that contribute to violence against LGBTQI+ people. We cannot and must not tolerate hate," he said.

Colorado Governor Jared Polis, who in 2018 became the first openly gay man elected as a US state governor, called the shooting "horrific, sickening and devastating."

Vasquez, the police chief, said the suspect's mother was not cooperating with the authorities at this time.