Deutsche Tageszeitung - European, US stocks up despite China Covid fears

European, US stocks up despite China Covid fears 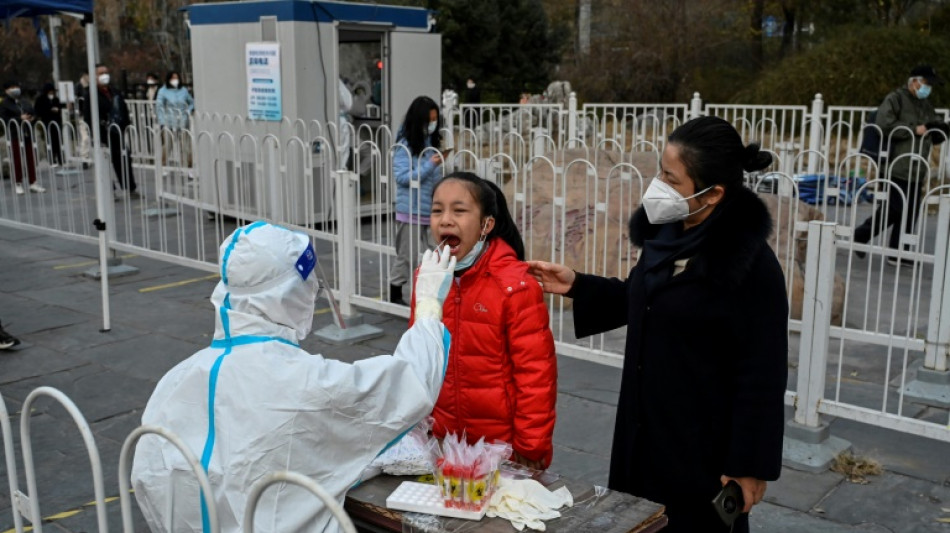 European, US stocks up despite China Covid fears / Foto: © AFP

European and US stocks rose and oil prices recovered from heavy losses on Tuesday despite fresh concern that China's latest Covid-19 outbreaks could herald a global recession.

London, Paris and Frankfurt made modest progress in early afternoon deals after a mixed opening, while Wall Street opened in the green.

The optimism came after a mixed Asian showing, as worries grew over the economic fallout of Beijing's efforts to contain rising infections in the world's second-largest economy.

"You cannot rule out more intermittent lockdowns in the near term, but in a more targeted way instead of widespread."

Traders are fearful that Chinese authorities will revert to highly restrictive Covid containment measures that have already dealt a chilling blow to its economy this year.

"Renewed crackdowns in the world's second largest economy raise the prospect of a global recession."

World oil prices also clawed back ground, having tumbled on Monday to lows unseen since January on forecasts of a hit to Chinese demand, although analysts warned the recovery could be limited.

"The upside potential is being limited by a general sense of uncertainty brought by China's unclear demand prospects while also being impacted by the ongoing Russia-Ukraine conflict," said Walid Koudmani, chief market analyst at XTB.

The dollar slid against main rivals ahead of minutes from the Federal Reserve's latest policy meeting that saw it carry out another big hike to US interest rates.

Hopes that the central bank will begin to take its foot off the pedal were boosted earlier this month by figures showing US inflation slowed more than expected, suggesting a series of hikes were beginning to bite.

The OECD forecast Tuesday that world economic growth will slow sharply from 3.1 percent this year to 2.2 percent next year on high inflation.

And it warned of "serious headwinds" including rising interest rates, surging energy prices and Russia's war on Ukraine.

Global stock markets began November with a rally on easing inflation concerns and signs China was edging towards a looser approach to the disease.

However, the optimism has been given a massive jolt since the country announced its first virus deaths in six months.

Case numbers have surged across China, with residents in Beijing worried that a record number of new infections will lead to lockdown measures similar to those seen earlier in the year in Shanghai, which lasted for months.

The flare-ups came just a week after China said it would begin rolling back some of the strict Covid rules that have been in place since the pandemic started in 2020, even as the rest of the world has moved on.