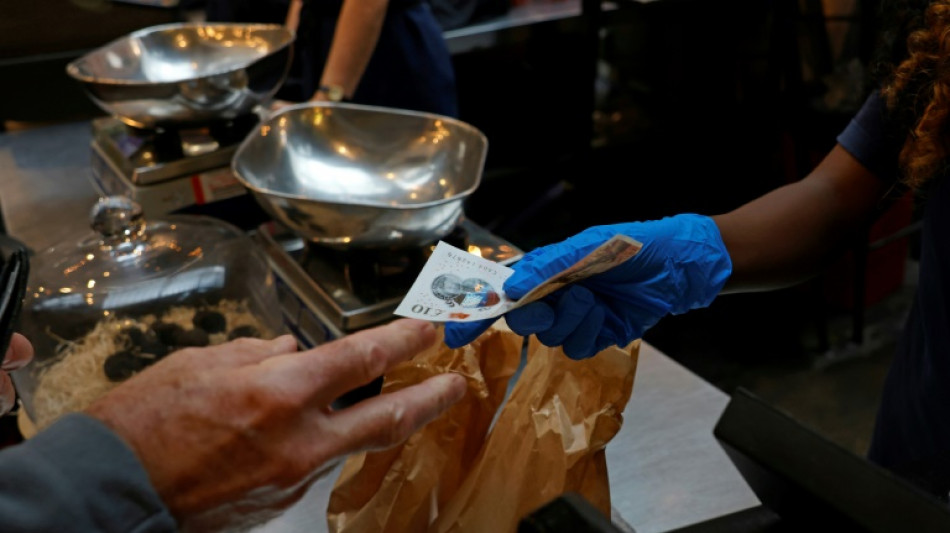 Global GDP is set to grow 3.1 percent this year -- nearly half the rate for last year, the Organization for Economic Co-operation and Development said.

The slide is due to continue next year, with global growth falling to 2.2 percent before rebounding "to a relatively modest 2.7 percent in 2024", the Paris-based organisation said.

Amid the effects of Russia's war in Ukraine, "growth has lost momentum, high inflation is proving persistent, confidence has weakened, and uncertainty is high", it said in its latest forecasts.

"An end to the war and a just peace for Ukraine would be the most impactful way to improve the global economic outlook," OECD secretary general Mathias Cormann said during a press conference.

OECD chief economist Alvaro Santos Pereira said in the report that the global economy was "reeling from the largest energy crisis since the 1970s".

The energy shock has pushed inflation up "to levels not seen for many decades" and is hitting economic growth around the world, he added.

Inflation had already been on the rise before the conflict due to bottlenecks in the global supply chain after countries emerged from Covid lockdowns.

But the OECD said that inflation was set to reach eight percent in the fourth quarter of this year in the Group of 20 top economies, falling to 5.5 percent in 2023 and 2024.

Cormann said that inflationary pressure was decreasing, but urged central banks to press on with interest rates hikes.

"We do expect inflation to gradually moderate as tighter monetary policy takes effect, demand and energy price pressures diminish over time and transport costs and delivery times continue to normalise," he told reporters.

However, he stressed there remained the possibility that "economic activity may become even weaker if energy prices rise further or if energy disruptions affect gas and electricity markets in Europe and Asia".

"Our central scenario is not a global recession but a significant growth slowdown for the world economy in 2023, as well as still high, albeit declining, inflation in many countries," Santos Pereira said.

It also advocated targeted support for families and firms to avoid exacerbating inflationary pressures, with energy costs "likely to remain high and volatile for some time".

"In these difficult and uncertain times, policy has once again a crucial role to play: further tightening of monetary policy is essential to fight inflation, and fiscal policy support should become more targeted and temporary," the OECD said.

Cormann acknowledged that government support had helped cushion the impact of high energy costs for households and businesses.

But he said support needed to be "temporary and better targeted".

"This would allow to minimise fiscal costs, focus on the most vulnerable and preserve the incentives to reduce energy consumption and boost investment in additional supplies," he said.

The OECD called for such aid to be better targeted notably in France and Germany.

Europe's biggest economy is expected to grow by just 1.8 percent this year, while for France, the OECD forecasts growth of 2.6 percent.

And in Britain, after the economic havoc under short-lived ex-prime minister Liz Truss, the OECD called on her successor Rishi Sunak's government to ensure future budgetary targets were well defined and transparent to reduce concern about debt sustainability.

The 38-member group called for an acceleration in investment in adopting and developing clean energy sources and technology to help diversify supply.

Gas and oil deliveries from major producer Russia have been severely disrupted following its invasion of Ukraine. Western allies sanctioned its energy exports and Russia slashed supplies in the stand-off over the conflict.