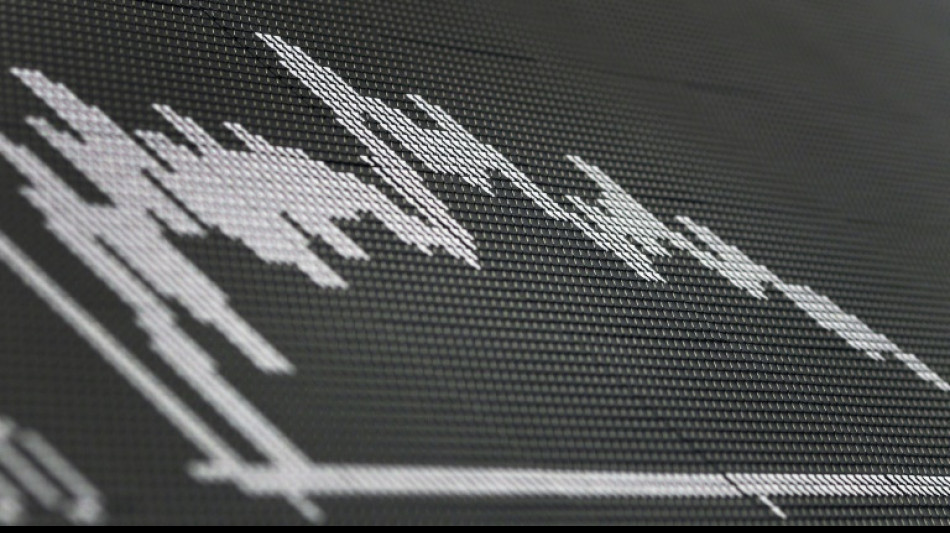 Asian and European markets rose Wednesday as traders flitted between hopes for a halt in sharp US interest rate hikes and concern that a surge in China's Covid-19 cases will see officials impose more painful lockdowns.

Wall Street enjoyed a timely rally thanks to healthy retailer earnings and ahead of the holiday shopping season that starts this week, amid signs US consumers -- the economy's key driver -- remain resilient to higher borrowing costs and inflation.

A string of data in recent weeks suggests the US Federal Reserve's long-running monetary tightening campaign is beginning to bite as parts of the economy slow, giving heart to investors who see that as giving officials room to tone down their hawkishness.

While several policymakers have reiterated the need to keep lifting rates to beat price rises, they appear to be more open to a softer approach following four straight 75 basis-point increases.

"Playing to a slower need of Fed hikes narrative, (on Tuesday) the Richmond Fed Manufacturing Survey came in slightly below expectations, with data confirming the peak inflation narrative. Other regional manufacturing data already released have suggested further contraction in the sector."

Minutes from the Fed's policy meeting this month will be pored over when they are released Wednesday, with traders hoping for some insight into the bank's thinking on rates.

But observers pointed out the gathering took place before data showed a sharp drop in inflation for October.

Asian investors tracked their US counterparts in early trade Wednesday. Hong Kong bounced back after five days of losses.

The gains were helped by tech firms following a report that Alibaba's financial arm Ant Group could be hit with a fine of $1 billion that would likely spell the end of a long painful regulatory crackdown on the firm as part of a wider overhaul of the sector.

"It's not a big fine, it's more a slap on the wrist," Kerry Goh of Kamet Capital Partners said. "This removes the overhang of regulatory risk and it's just a further sign that we are closer to the end of the regulatory cycle."

London, Paris and Frankfurt opened on the front foot.

Still, confidence remains restrained by a Covid-19 outbreak in China that has seen infections surge to levels last seen earlier in the year when Shanghai was plunged into a debilitating lockdown that hammered the world's number two economy and reverberated globally.

The latest spike across the country, and particularly in Beijing, has led officials to impose targeted containment measures, but there is a concern they will revert to even stricter controls if the crisis does not subside.

Analysts have warned that a major slowdown in the Chinese economy could spark a recession globally.

However, SPI Asset Management's Stephen Innes said: "A broader, more optimistic interpretation is that China is hitting the limits of Covid-zero and the authorities' efforts to loosen restrictions will continue."

He added that developments in Beijing would provide "a near-term test case for the government's intentions. New cases in the capital have been hitting new highs each day this week.

Tokyo - Nikkei 225: Closed for a holiday