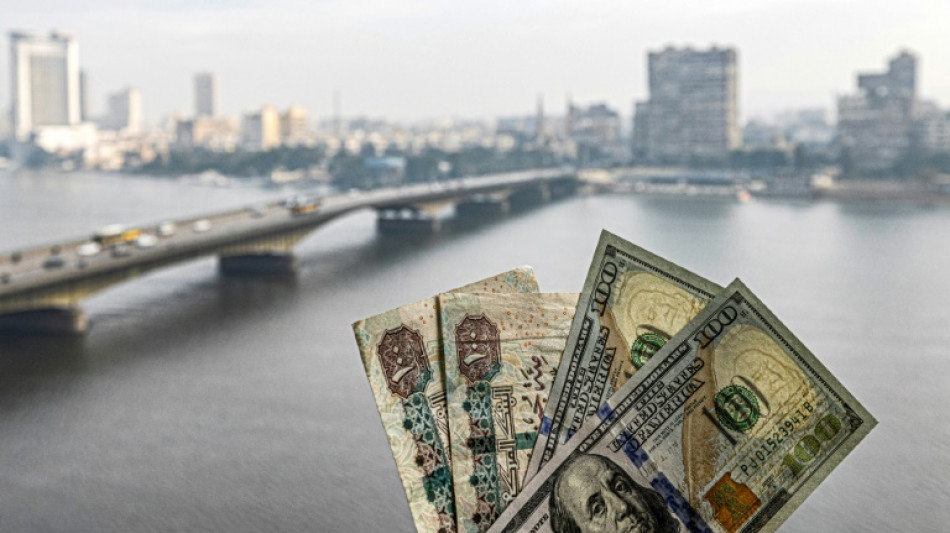 With Egypt's economy in crisis, the currency in freefall and inflation skyrocketing, the poor have been hit hard but the middle class is also teetering on the brink.

"It's like we were hit by an earthquake, suddenly you have to let go of everything," said Manar, a 38-year-old mother of two.

"Now whatever semi-humane life people had has been reduced to thinking about how much bread and eggs cost," she told AFP, asking to be identified only by her first name.

The Egyptian pound has lost half its value against the dollar since March, following a devaluation demanded as part of a $3 billion International Monetary Fund loan agreement.

The economy, dominated by state and military-owned enterprises, had already struggled after successive blows, from years of political unrest to the Covid pandemic.

But it was Russia's invasion of Ukraine -- with both countries key exporters of wheat and sources of mass tourism to Egypt -- that set off the latest painful crisis.

The war also unsettled global investors who pulled billions out of the North African country.

According to the World Bank, nearly one-third of Egypt's 104 million people already live below the poverty line, and almost as many are "vulnerable to falling into poverty".

It's not the first time Egyptians have shouldered hardships that come with IMF-backed reforms.

In 2016, a $12 billion bailout saw the government enact a slate of measures, including a sharp currency devaluation and wide-ranging subsidy cuts.

But for a 41-year-old translator who is the mother of a six-year-old son, and who asked not to be named, even "military-grade discipline" in the supermarket is no longer enough.

With her husband's salary "losing 40 percent of its value in six months", she also worries about expenses "like mortgages and car payments and tuition".

The new reality has driven families that were considered part of the middle class to seek help.

"A lot of people had life savings they were keeping aside... Now they're using them for health care or daily costs," Hesham told AFP.

"They used to make a good living, now they can't make ends meet. They've never been in this position before, and they're mortified to come to us," he added.

"One man told us he can either feed his kids or put them through school, but not both."

In a country marked by sharp inequality, the urban middle class is judged to include tens of millions.

According to Soha Abdelaty, deputy director of the Alternative Policy Solutions research project at the American University in Cairo, "it's difficult to define what the middle class is".

"The concern is that those who were not near the poverty line... could find themselves getting closer and closer," she said.

"These are people for whom life is no longer affordable -- but they're still not eligible for social assistance from the government."

For educated Egyptians, said the translator, "the only solution is to find a job abroad. I can't see another way out."

Many young Egyptians have flocked to online sites advising them on job opportunities in wealthy Gulf countries, or on how to have their degrees recognised in Europe.

Those who can try to join the millions of Egyptians already abroad, who sent back $31.9 billion in remittances in the 2021-2022 financial year.

Many families who can't move away, like Manar's, focus on education to improve their opportunities.

With Egypt's public school system marked by notoriously overcrowded classes and outdated curricula, private education is a priority for families who can afford it.

"You have to be ready to sell everything you have to give your kids an education, in hopes that tomorrow things will be better for them."

But, she said, "the problem is that we don't know if this is as bad as it gets.

"The way things are, all you can do is take it one day at a time."