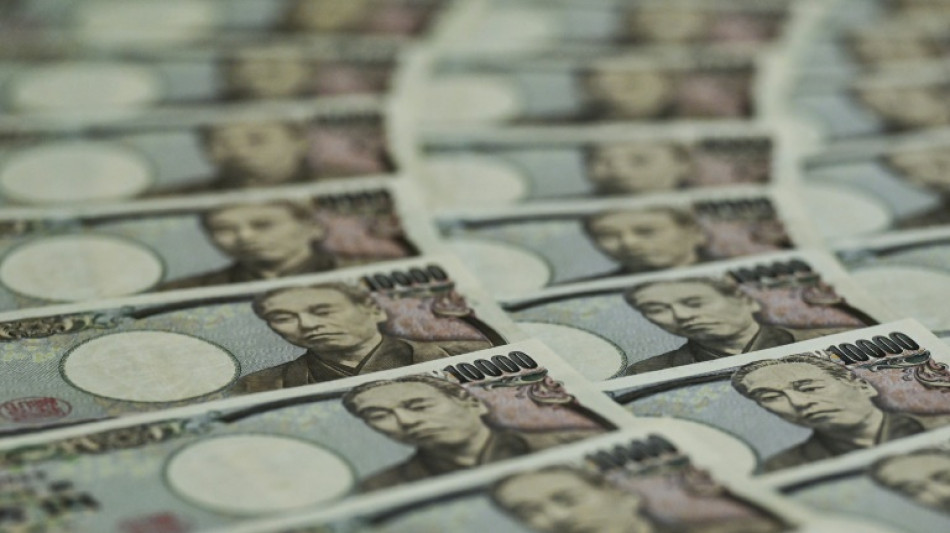 Asian markets mostly rose Wednesday following a mixed lead from Wall Street as traders fought to maintain the strong start to the year, while the yen sank after the Bank of Japan decided against further tweaking monetary policy.

Weak earnings from banking titan Goldman Sachs, a jobs warning by Microsoft and a plunge in manufacturing data highlighted the bumpy road ahead for the United States, the world's top economy, even as optimism over inflation and the interest rate outlook improved.

Still, hopes for China's recovery continued to provide much-needed support, with the country's Vice Premier Liu He telling the Davos forum growth will likely rebound this year as it reopens from zero-Covid, and adding that Covid infections had peaked.

His comments came after data showed the economy expanded last year at its slowest pace since 1976 -- excluding pandemic-hit 2020 -- but beat forecasts.

The news added to hopes for a global recovery after last year's pain caused by rising prices, rate hikes, China's economic woes, a spike in energy costs and the war in Ukraine.

"Last fall, there was broad consensus that China was in the wrong place, Europe was slipping into a recession, and the Fed was ultimately caught 'wrong-footed' by very sticky inflation," said SPI Asset Management's Stephen Innes.

"But fast-forward to these early weeks of January, and China's reopening has put the country on a path to much better growth; investors are far more optimistic about Europe's recovery and the bane of all ills US inflation is even starting to recede."

In early equity trade, Hong Kong, Shanghai, Tokyo, Sydney, Singapore, Wellington, Manila and Jakarta were all on the rise, though Seoul dipped.

The yen tumbled from around 128.50 per dollar to more than 130 Wednesday after the Bank of Japan left its key policy rate unchanged. It also tumbled against the euro and sterling.

Traders had been keenly anticipating the decision, which came after the BoJ last month shocked markets by announcing a tweak that allowed its tightly controlled bond yields to move in a wider bracket.

The move in December sent the yen soaring, and while the bank held firm Wednesday there is a growing expectation that officials will eventually move away from the policy of buying up bonds to keep yields in check.

"Speculation will remain that it will eventually review its policy," said Takehide Kiuchi, executive economist at Nomura Research Institute and a former BoJ policy board member.

"Market focus will now shift to the appointment of a new governor," he told AFP, noting that the bank needs to "make its policy flexible" whoever is appointed.

However, other observers said if the BoJ continued to stick to its position, the Japanese unit could fall back to around 135 per dollar.

The strategy has been in place for years as the BoJ tried to boost the stuttering economy by keeping borrowing costs low, but with other central banks hiking the yen came under immense pressure and hit a three-decade low around 152 per dollar in October.