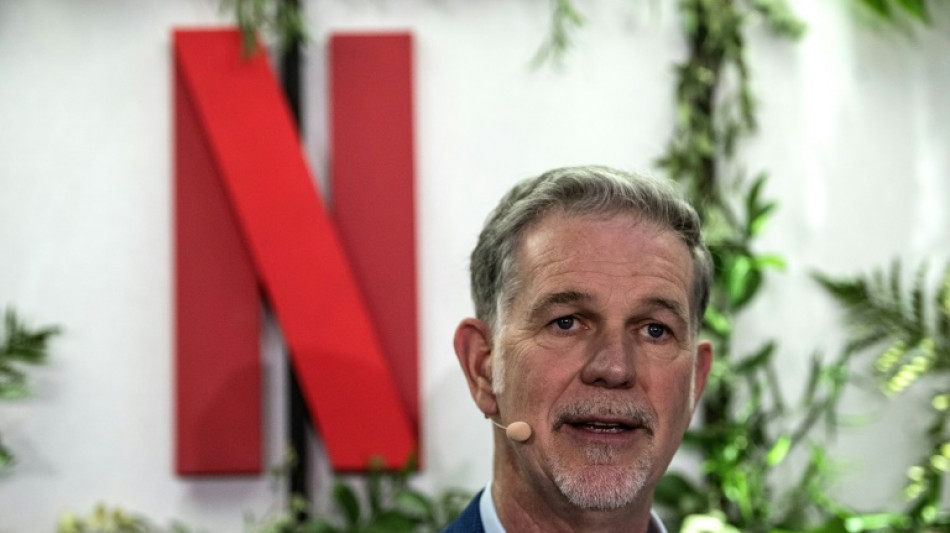 "2022 was a tough year, with a bumpy start but a brighter finish," the company said in a letter announcing bumper fourth quarter earnings.

Netflix also announced that co-founder Reed Hastings was standing down as CEO, ending a two-decade long leadership that saw the company grow from a rent-by-mail DVD service to an entertainment juggernaut.

Hastings ceded everyday control of Netflix to his two longtime associates Chief Operating Officer Greg Peters and Ted Sarandos, who has been the face of Netflix in Hollywood and had already been named co-CEO.

"Our board has been discussing succession planning for many years (even founders need to evolve!)" Hastings said in a blog post.

He said he would take the new job of executive chairman, noting this was a role that tech giant founders often take, using Amazon's Jeff Bezos and Microsoft's Bill Gates as examples.

The changing of the guard was announced as Netflix posted earnings and subscriber data that blew past even the most optimistic expectations.

The fresh titles helped attract users to a new lower-priced "Basic with Ads" subscription, as consumers cut back on their entertainment spending amid soaring inflation and an uncertain economy.

Revenue in the October to December period, at $7.85 billion, was in line with estimates and helped send shares in Netflix up by more than 6 percent after the announcement.

Netflix insists that counting new users is no longer the most important criteria for assessing the company's health and that revenue should instead be the main metric.

After years of standing alone as the world's premiere streaming site, Netflix now faces strong competition from deep-pocketed rivals, including Disney +, which has also introduced an ad-based subscription.

But despite the new challenges, Netflix is one of the rare tech giants to have garnered confidence from Wall Street with its share price up almost 50 percent in the past six months.

Other tech giants, and streaming rival Disney have been hammered on the markets as firms lay off employees and cut costs after a massive hiring and spending spree at the height of the coronavirus pandemic.