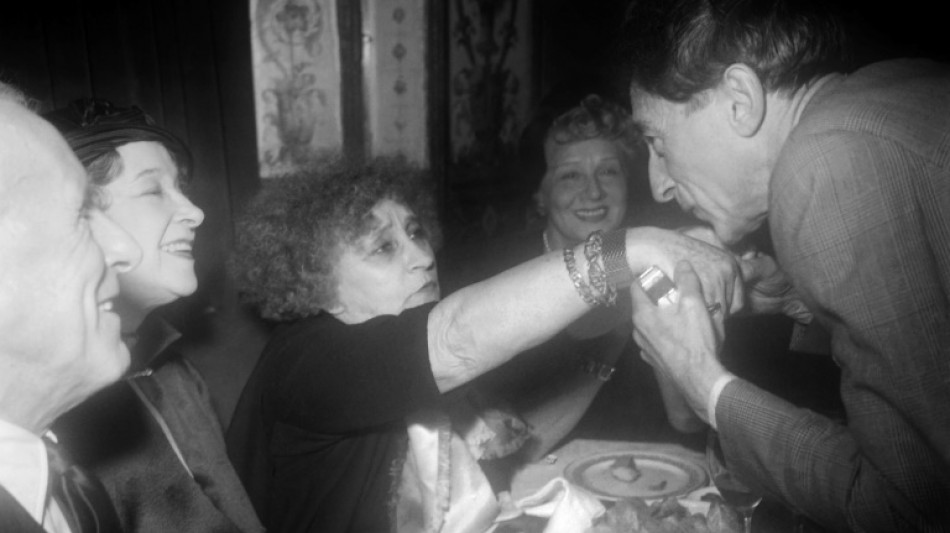 She caused a riot when she kissed her lesbian lover on stage and dared to talk about faking orgasms and domestic violence.

French novelist Colette is an icon of transgression and liberated womanhood whose work still remains bracingly relevant 150 years after her birth.

Her life and writing "resonate more than ever with our time", insisted Professor Diana Holmes of Britain's Leeds University as France prepares to mark the anniversary next week.

But in some ways she is taken more seriously abroad these days, despite being the first woman to receive a state funeral in France in 1954.

In British and US universities, Colette has been part of the canon of French literature and feminism courses since the 1970s.

New translations of her best-known novel "Cheri" (1920) -- a love story between an older woman and a younger man -- and its sequel "The Last of Cheri" (1926), have recently been published in English.

But back home there are signs of a reappraisal. Two of her books were for the first time included on the school curriculum this year: "Sido" (1930), an autobiographical account of her relations with her mother, and "The Tendrils of the Vine" (1908), in which she returns to her childhood village.

"The more we read her, the more we are convinced of her timelessness and especially of her modernity," French literature professor Dominique Brechemier told AFP.

This has helped make her a popular subject for cinema, from the Oscar-winning "Gigi" in 1958 through an adaption of "Cheri" with Michelle Pfeiffer in 2009 to a biopic, "Colette", in 2018 where Keira Knightley played the writer.

Her many careers -- novelist, journalist, cabaret dancer, actress -- and vivid love-life (three husbands, multiple male and female lovers) mark her out as a prototype of the modern emancipated woman.

"What fascinates is her story, her colourful life, full of transgressions," said Holmes.

Colette herself -- born Sidonie-Gabrielle Colette in rural Burgundy -- rejected the feminist label. She even famously said suffragettes (who campaigned for women's right to vote) deserved "the whip and the harem".

That may have been posturing with an eye on the bottom line, said Kathleen Antonioli of Kansas State University.

Colette was born relatively poor and could not rely on private wealth like her contemporaries Marcel Proust or Gustave Flaubert if the public and publishers turned against her,

"Throughout her life, she never stopped working for the freedom of women," said Brechemier.

"Let her have some complexity."