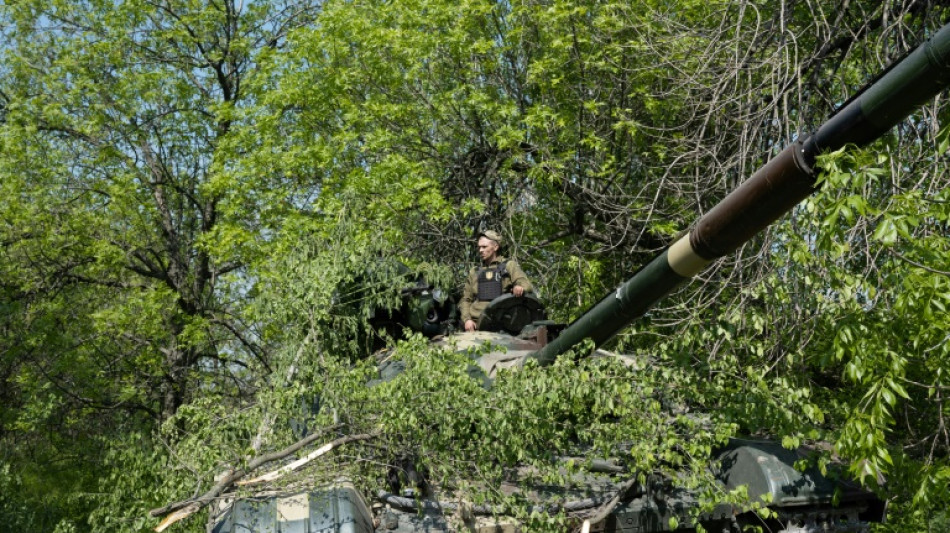 The Pulitzer Prize Board honored Ukrainian journalists on Monday for their "courage, endurance and commitment to truthful" coverage of Russia's invasion of their country.

The board awarded a "special citation" to the journalists of Ukraine as New York's Columbia University announced the 2022 winners of the prestigious awards.

"The Pulitzer Prize board is pleased to award a special citation to the journalists of Ukraine for their courage, endurance and commitment to truthful reporting during Vladimir Putin's ruthless invasion of their country and his propaganda war in Russia," said prize administrator Marjorie Miller, announcing the accolade.

"Despite bombardment abductions, occupation and even deaths in their ranks, they have persisted in their effort to provide an accurate picture of a terrible reality, doing honor to Ukraine and to journalists around the world," she added.

At least seven journalists, including three from Ukraine, have been killed since Russia launched a full-scale invasion of its neighbor on February 24, according to the Committee to Protect Journalists.

The New York Times scooped up the most news Pulitzers with three.

The newspaper won the international reporting category for exposing the vast civilian toll of US-led airstrikes across the Middle East, including in Iraq, Syria and Afghanistan.

It also took the award for national reporting for its investigation into deadly police traffic stops around the United States.

Salamishah Tillet, a contributing critic at large for the Times, won the criticism category for her writing on race in arts and culture.

The Washington Post won the public service category for its "compellingly told and vividly presented account" of the storming of the US Capitol by ex-president Donald Trump's supporters on January 6, 2021.

Five Getty photographers won the breaking news photography category for their "comprehensive and consistently riveting photos" of the assault.

They shared the prize with Marcus Yam of the Los Angeles Times, who was honored for his images of the US departure from Afghanistan last summer.

Four Reuters photographers, including Danish Siddiqui, who was killed covering fighting between Afghan security forces and the Taliban in July, won the feature photography category for documenting India's battle with Covid-19.