Prince Charles visits Canada with abuses of Indigenous in spotlight 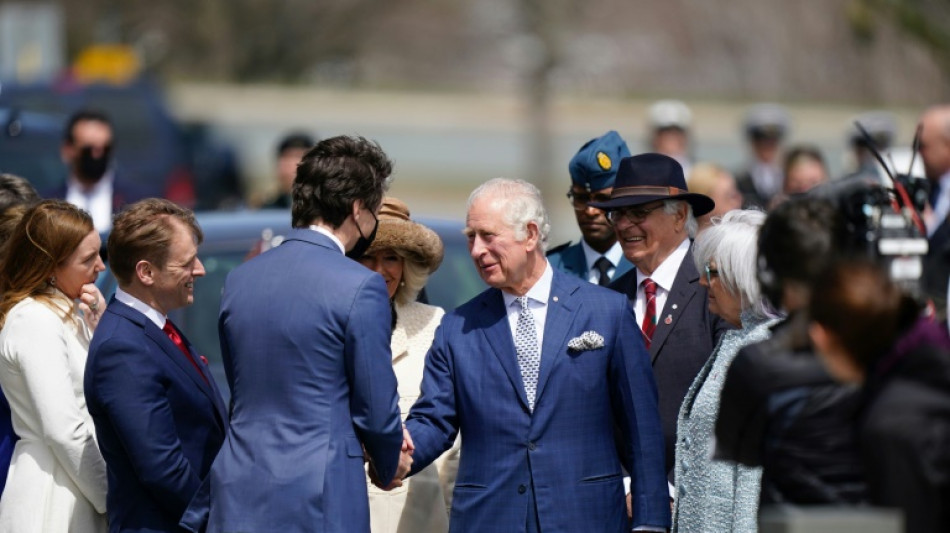 Prince Charles on Tuesday emphasized the importance of acknowledging Canada’s past abuses of its Indigenous community and described reconciliation as "vital" as he kicked off a three-day visit together with his wife Camilla.

The 73-year-old heir to the British throne, representing Queen Elizabeth on the tour, faces more attention than ever on his future role due to his mother's age and failing health.

The visit comes as part of a series by senior British royals to some of the 14 Commonwealth countries outside the UK where the queen -- who at 96 is celebrating this year her record-breaking 70-year reign -- is also head of state.

The country's history of abuse of its Indigenous population quickly came to the fore.

"We must find new ways to come to terms with the darker and more difficult aspects of the past. Acknowledging, reconciling and striving do to better, it is a process that starts with listening," Charles said.

"I know that our visit here this week comes at an important moment with Indigenous, and non-Indigenous peoples across Canada committing to reflect honestly and openly on the past and to forge a new relationship for the future," he said.

Charles said he looked forward to discussing "the vital process of reconciliation in this country" with Simon, who was last year named Canada's first Indigenous governor general.

Simon urged Charles to engage with Indigenous people during the visit, saying this will "promote healing, understanding and respect," and "also promote reconciliation."

"I encourage you to speak to Indigenous peoples to hear their stories, their successes and their solutions and to encourage you to learn the truth of our history, the good and the bad," Simon said at a welcoming ceremony.

Thousands of Indigenous children are believed to have died of neglect and malnutrition at the former state schools, and the discovery over the past year of at least 1,300 unmarked graves at these sites has prompted widespread soul-searching.

A truth and reconciliation commission concluded in 2015 the failed government policy of forced assimilation amounted to "cultural genocide."

Charles and Camilla were also scheduled to meet with local Indigenous artisans and tour a Newfoundland brewery that makes beer from icebergs, before heading to Ottawa to mark the queen's Platinum Jubilee.

They will later travel to the Northwest Territories in Canada's far north, which is warming at three times the rate as the rest of the country.

Historian James Jackson told AFP that Indigenous peoples are keen to discuss reconciliation with the royal couple, but regretted that they will not be making stops in British Columbia, Alberta and Saskatchewan -- "the three provinces most affected by the (schools) scandal."

Other recent overseas royal visits have not gone entirely to plan, particularly in the Caribbean.

Charles's youngest brother, Prince Edward, experienced similar protests, in a sign the global reach of the monarchy that Charles will inherit will likely be much diminished.

According to a recent poll, two-thirds of Canadians still view the queen favorably. However, a majority (51 percent) are no longer in favor of keeping a constitutional monarchy.

Part of the decline in support is linked to evolving views on colonialism, as Canada reckons with its past, including the abuse and death of Indigenous children.