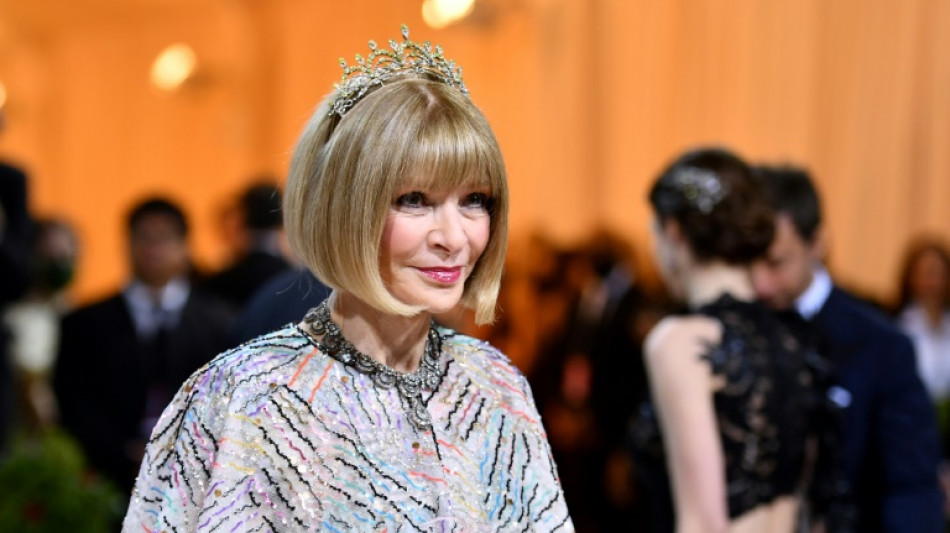 Pop phenom Dua Lipa and tennis legend Roger Federer will be among the hosts of this year's Met Gala, whose theme will be "In honor of Karl."

The dress code pays homage to the late Karl Lagerfeld, a top designer for decades who helmed major houses including Chanel, Fendi, Balmain and Chloe, as well as his own eponymous label.

The glamorous night, which sees the entertainment world's brightest stars parade through New York's Metropolitan Museum of Art in extravagant outfits, will as usual be accompanied by an exhibit at the museum's Costume Institute.

This year it will feature the show "Karl Lagerfeld: A Line of Beauty," which is set to include some 150 pieces of his design as well as sketches from the German designer.

Along with Lipa and Federer, Penelope Cruz and Michaela Coel will join Vogue Editor-In-Chief Anna Wintour in hosting the May 1 gala, one of the season's premiere events.

The Costume Institute relies on the Met Gala to fund its work including exhibitions and acquisitions.

The gala was first held in 1948 and for decades was reserved for New York high society. High priestess of fashion Wintour took over the show in 1995, transforming the party into a catwalk for the rich and famous and social media extravaganza.