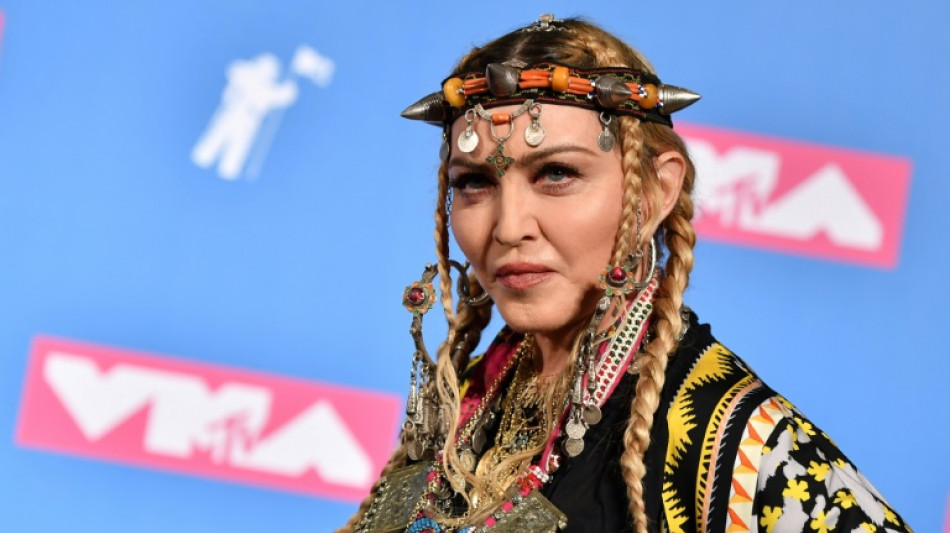 The mayor of Amiens in northern France has released a video "requesting" that Madonna "loan" the city a painting from her personal collection, which resembles one lost there during World War I.

The 19th-century work, "Diane and Endymion" by artist Jerome-Martin Langlois, is "likely" the same one "loaned by the Louvre to the Fine Art Museum in Amiens before World War I and which subsequently disappeared", Brigitte Foure said in a video message to the Queen of Pop posted on Facebook.

"Obviously, we don't dispute in any way the legal acquisition that you made of this work," Foure added.

Instead she asked the singer for a "loan" to exhibit it in 2028, when Amiens hopes to be the year's European Capital of Culture.

Lending the image would allow "the inhabitants to discover this work and enjoy it," the mayor said.

The painting's possible provenance was suggested by newspaper Le Figaro in an investigation published this month.

Sold at auction for $1.3 million to Madonna in 1989, an art conservator spotted the monumental work in a photo of her home published in magazine Paris Match.

It represents a mythological scene of the bare-breasted goddess Diana approaching the shepherd Endymion.

"I'm not certain that it's the actual painting", but even if a copy, "it's extremely similar to the work" and "I'd like the people of Amiens to be able to see it again," Foure said.

It was loaned by Paris' Louvre Museum to the northern city from 1872, until being declared missing after World War I.

Madonna's painting "is almost certainly a copy, most likely by the artist himself", the Louvre said when it exhibited the painting in 1988.

Her version lacks the artist's signature, the date of the work and his stamp, and is around 3 centimetres (one inch) smaller than the original, making it "not very likely" that it's the same work, expert Seguin said.

Nevertheless, "it's the only evidence of the work that was lost," he added.